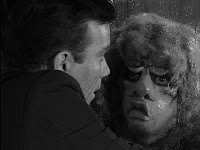 And no, I don’t mean those little things in that 1984 movie where they had little things called Mogwai running around, tiny bundles of cuteness that made your favorite childhood teddy bear look rough and tough and homely. I’m talking about those things that pilots tacked the blame to for all the mechanical failures their planes had during World War II. The kind of thing Shatner saw in the 1963 Twilight Zone Episode, Nightmare at 20,000 Feet, or that Bugs Bunny had to deal with 20 years earlier in the 1943 Warner Brothers cartoon Falling Hare. 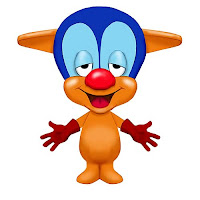 The kind of thing I’m positive is behind most of what goes wrong with my car, my computers, and hell, maybe even me.

Every time I’ve had to take something to the shop (or the doctor) and seen someone shake their head at me and say “Wow, you know, I’ve never seen anything like this before,” all I can do is picture the gremlins, some little creatures, rubbing their gnarled hands as they grin wide with glee. I envision them doing little happy-dances, hopping and strutting as if they’d just scored a major NFL touchdown when they knew their moms was watching. I see them in my mind, a grinning little group made ecstatic by the utterance of those words, this admission of bafflement from the supposed ‘experts’, all slapping each other on their bent little backs and high-fouring each other in a congratulatory celebration.

Picture NASA’s Mission Control on every successful launch you’ve seen in the movies.

Now make it tiny, twisted, and invisible. Oh yeah, did I mention that? I think the little suckers are invisible.

And hungry. I’ll tell you why.

I got out of work one evening last week, and decided to stop by Wendy’s drive-through window on my way by. I had some writing and stuff to try to get done when I got to the House Which Once Was Mine, and I didn’t want to waste a bunch of time cooking myself something to eat, never mind all the time I’d have to spend cleaning up after myself. Much easier to simply pick up a pair of Crispy Chicken sandwiches to eat on the way, right? No muss, no fuss, and it only costs me $1 a sandwich. What more could anyone ask?

So I pulled through the drive-through. Being right next to a building like that sort of captures and amplifies the whistling that still comes from my engine somewhere. It’s usually pretty loud, but in this type of situation it becomes truly obnoxious.

—A quick sidebar about that damn whistle: That’s the gremlins too. It’s a loud whistle that I’m assuming is coming from a hole in a pressure hose somewhere, but I can’t find it. It will whistle loud and clear for a half-hour or more, quieting or even pausing when I accelerate but coming back like shrieking siren when I let up on the gas, and God help anyone who’s standing about when it’s idling. It whistles like this until I stop the car somewhere, intending to put up the hood and listen to the engine, trying to isolate the sound, find its source and finally fix it. The sound continues while I park the car, get out, fetch the rod I use to prop the hood open from the back seat or even the cargo area, pop the hood, raise and prop the hood… and then it stops. Right in front of me, it just stops. Every time. And every time I imagine those crinkly-wrinkly little bastards hooting and hollering, rolling about on their backs and just pissing themselves with thigh-slapping laughter.

If I ever do catch one of these little supernatural saboteurs, things will not go well for him.

End of sidebar. Back to the story—

So I pulled the Whistle-Mobile through the drive through and collected my pair of plain Crispy Chicken sandwiches. I know from experience that they are going to be too hot to eat right out of the bag (This, after burning my mouth and tongue nearly a dozen different times. Hey, I might learn slowly, but I do learn!), so I don’t even try to eat right away. As I drove down the street with my left hand on the wheel I used my right to open the bag, unwrap the sandwiches from their protective paper packaging, and sit them on the passenger’s seat with their lids off, so to speak. I took the top of each sandwich off and let the cool night air have at the batter-coated meaty center of the sandwiches for just a minute. I then put the lid back on one of the sandwiches and happily munched away as I eased the Jeep through evening traffic. 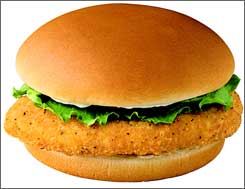 All was right with the Crispy Chicken eating world.

My first sandwich finished before I was even half-way to my destination, either geographically or hungrilily… hungri…hungrilililiy… Uh… before I was even half-way to my destination with regards to both geography and appetite, I reached over to take up the second sandwich. I found the main sandwich, rough batter scratching at my hand as I grazed across its naked top. My fingers found the far side of the sandwich, scrabbled uselessly on the empty wrapper they found there and moved on. My hand patted, poked, scratched and searched, but found nothing on the seat next to me other then the uncovered half-a-sandwich lying on its open wrapper.

I pulled up to a red light, nosed in close behind the car ahead of me, and flipped on the dome light so I could scan the seat next to me with my eyes, intending to quickly find the elusive top-half to my sandwich bun, reconstruct my dinner, and commence the eating portion of this Crispy Chicken, all by the greening of the traffic light above.

I sighed, flipped off the dome light and scooped up my topless meal just in time to hit the gas and move along with traffic flow. Obviously the damn thing had slid off the far side of the passenger’s seat, slipping silently down to wedge itself between the seat and the door, probably coming to rest on the slightly nasty floor carpet waiting down there. No only was it out of reach and sight, there was no way I was going to eat it now. I shuddered at the thought of what might be lurking in that carpet, just waiting for the chance to attack my unsuspecting digestive system, slapping me in the bowels with all the delicacy of a wrecking ball.

No, I thought, taking a bite of my oddly bread-light sammie, that one’s lost to me. Best just to make due.

Which I did. For nearly two-thirds of the way to the house. Then I pulled over to the side of the road, got out and walked around to the other side of the Jeep. It was bugging me, hell, it was driving me crazy that I hadn’t gotten to eat my whole sandwich and I wasn’t sure why. The sandwich had been in the center of the seat, after all, not shoved over near the edge; so how in the hell did the top half of that bun slide off the far side of the seat?

I opened the passenger’s side door.

I got on my knees and looked in front of the seat, under the carpet mat over there, on the floor behind the seat, even down between the seat and the center storage area, where the seat-belt buckle array is anchored.

I got out a flashlight to carefully double-check each of the places I’d already searched before jamming my head down onto that nasty floor carpet to look under the seat, wedging my hand in as far as I could to probe the small spots my light could not reach just in case Wendy’s buns respond to different laws of Physics and motion that the rest of the world does…

There was no sandwich top. It had disappeared from a closed and moving car with me sitting right there beside it, completely oblivious.

“Gremlins,” I hissed, getting to my feet to slam the passenger’s door before stalking around to get back behind the wheel. I could practically hear them in there, hiding in the unseen recesses of the vehicle, slapping each-other’s backs and rolling on the floor with laughter. At least, rolling on the floor with laughter when they weren’t stuffing their pudgy, misshapen little faces with my dinner! I pulled back into traffic and drove on through the night seething with anger, radio off and listening hard for any sound, any hint of a sound that might have been the laughter of the world’s tiniest terrorists, the world’s smallest saboteurs.

They mess with us on a bigger scale than anyone out there realizes.

…and to any of you out there who might be thinking, as others have thought who’ve heard this story first-hand, that I might — might— have accidentally scooped up both sandwich tops and unknowingly eaten both of them with the first sandwich: Preposterous! The odds of someone as observant as I am accidentally eating two tops with one sandwich have got to be astronomical! To suggest that I might… Well… seriously? I mean… seriously? And after you’ve seen/heard my cogent and articulate explanation of what really happened to that bread?

Now, if you’ll excuse me, I’m just on my way down to the Jeep with a Kaiser roll.

And a mousetrap. Let’s see y’all laugh at me once I show you one of their little invisible asses.