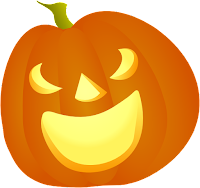 I took October off from work. The whole damn month, just whoosh, I was gone. I had the vacation time, and I had stuff to do, so I took it.
But I didn’t keep it. I know: dumb, right?
For whatever reason, I went to my bosses early last month and told them I’d give back the weeks. I just needed the weekends—I had events to go to every Saturday and Sunday (and some Fridays) in October. Since my office is chronically (and stupidly, but you didn’t hear that from me) short-staffed, they jumped at the chance to have another warm body in the building. Which begs the question: how many cold bodies do they have in the building?
But that’s another story, one that might require one of those I have a letter with my lawyer, to be opened if I disappear or turn up dead scenarios. My point today is, I don’t think they understood what I meant by the words I have events.
The first weekend was a bit of a mess, and I didn’t wind up doing anything I’d intended, events or work-wise.
The second weekend was Rock & Shock, a three-day horror/music extravaganza held in Worcester at both the DCU Center and the Palladium (yup, it’s pretty big). I commuted to it (90 minutes each way, barring traffic) and when I wasn’t sitting on a panel answering writing questions from the audience, I spent all three days standing on a solid cement floor helping man the New England Horror Writers’ booth, trying to sell books to the thousands of people walking by—many of them cosplaying everything from zombies to death gods, or carrying fairly real-looking severed heads they just bought at the movie special-effects booth down the way.
Sometimes funny, sometimes surreal, but always the opposite of relaxing. I spent the week back at work recovering.
This past Friday I ran around doing things I hadn’t gotten done while I was at Rock & Shock and wouldn’t have a chance to do any other time soon: shopping, cleaning, and laundry, culminating in cutting the grass until it was too dark to see, pushing a lawnmower that, though once self-propelled, is now Rob-propelled (thank you, broken gearbox!). I’ll replace the mower someday, but for the moment I’m just calling it a workout and saying it’s good for me. Some people might (and have) said I’m not replacing the mower because I’m cheap, but I say . . . okay, yeah, I’m cheap. But it is a workout, so Friday night I was exhausted.
I wasn’t much better Saturday morning, when I drove out to the Merrimack Valley Halloween Book Festival in Haverhill, MA, to try to sell books again. It was a terrific event at the Haverhill Public Library, with writers like Brian Keene, Mary SanGiovanni, Tim Lebbon, and Joe Hill. Even with that competition, I managed to sell books . . . but I bought books, too. In fact, I bought $1 more worth of books than I sold.
I don’t have a problem. I can stop buying books whenever I want. Really.
Yesterday, after selling and buying my way through Saturday, I got up, dragged my ass into the car, and drove it off to Marlborough, to the second day of Super MegaFest. When I wasn’t sitting on a panel titled “So, You Want to be a Writer?” I was standing on another solid cement floor, helping man the NEHW booth again. I was worried I’d begun hallucinating by then, but I was assured there really was someone there dressed as Deadpool riding a unicorn, and the tall, skinny Spider-Man walking around probably wasn’t wearing underwear. Yeesh!
When I got home last night all I wanted was to curl up and go to sleep. Instead, I moved furniture to make room for the bookcases that I then assembled, all to make a place to put the books I’d bought in Haverhill on Saturday. And the books piled on the floor in front of the old bookcases. And the books in the big box keeping me from opening my closet door.
Don’t look at me like that. I could stop if I wanted to. Seriously.
So this morning, when I walked into work already thinking about the reading in Maine I’m driving to this Friday evening and the Saturday/Sunday tent sale I’m doing with the NEHW in downtown Salem (because everyone in the world will be in Salem for Halloween weekend), my boss didn’t get the response he’d hoped for when he said:
“Lots of mail today, and a couple of sick calls, so it’s a good thing you’re all well rested from your weekends off, huh?”

Yeah. I'll talk to you later. When I've recovered. Again.